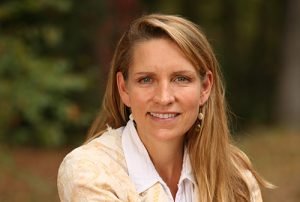 “One place that is sustainable for a child and their family to consistently receive the best therapy and care, under one roof, over a long period of time. We know that we can change the brain, but it takes time. And, children need and deserve a place where there is a balance between nature and neuroscience where they can get this done. Where they can get an intense therapy program done daily, plus have access to everything that is available in neuroscience.

​We found that place in Roswell, Georgia. It was a difficult place for us to imagine going to, but we eventually went. There is a wonderful woman named Amy O’Dell who is the Founder of Jacob’s Ladder, and we decided to go for the Summer to see what it was about. At Jacob’s Ladder, Henry got his daily therapy, which became six hours per day. Plus, he had access to Neurofield, Neurofeedback, Chromatherapy, and everything else you could imagine that could help the brain. We hired a wonderful girl with a background in ABA, which is Applied Behavior Analysis. She was from New York. Her name is Molly Wong, and we credit her for some of the most incredible work that she did with Henry.

​He started to talk. Molly came back to Hong Kong with us, and for a year, she did six hours per day with him. When we checked back into Switzerland a year later at the University Hospital doing his yearly developmental assessment, Henry had improved eighteen months in a ten-month period because of what we had done. We were all amazed. The Hospital had never seen results like this, and couldn’t understand it. They were the ones who had described Henry’s brain as being wholly damaged. So, just a tiny part of his brain was managing to do all of these things.

​When we found this out, we realized that if we could do this remotely, imagine what kind of progress we could make if we were at the Center. So, we moved to Roswell, Georgia. And, I’m sorry to laugh when I say that, but it was about as far away as anything we knew. And, I have been around the world, but Roswell, Georgia was not on my list. It now should be for everyone, because it is an incredible place, and Amy O’Dell is an amazing woman that has helped us a lot.​

Henry can now run, ride a horse; he can ski … by himself, he can go down the mountain. He can also swim. And, he loves swimming, because I think he loves the peace of being under the water.”